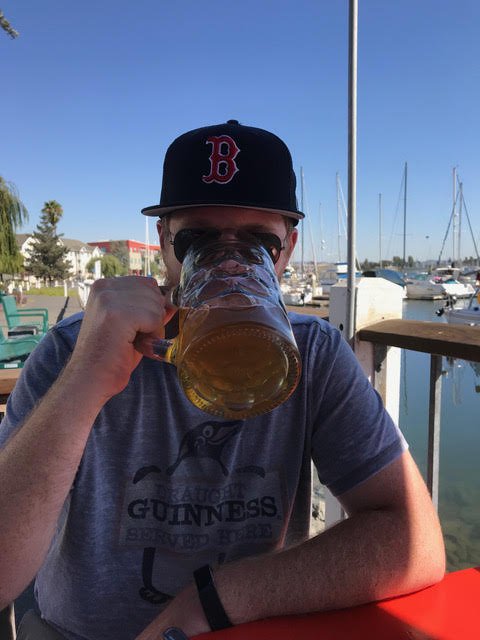 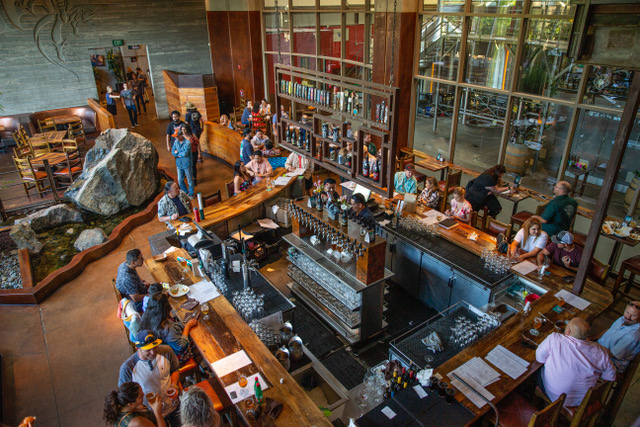 Other than the styles you make, beer and cider pricing is one of the most important factors in creating a thriving business. And it’s a tough thing to nail. If you price too low, you leave money on the table. But if your product is too expensive, it won’t sell.

When it comes to pricing beer or cider, there are several things to consider. But first and foremost, you need to answer one important question: What type of business do you have?

Before you can start to understand pricing, you need to think about what you sell. For instance, pouring beer on draft versus serving it in a can or bottle carries a different cost. With the average cost to serve a bottled beer at twenty-five percent and draft beer closer to twenty percent, draft beer might be your highest margin item, but might also come with added expenses for refrigeration and pouring equipment.

It can seem like a lot, but getting the price of your products right can mean more profitability for your establishment and a better bottom line. And we’re here to help.

Here’s what we’ll cover in this piece

How to Price Draft Beer 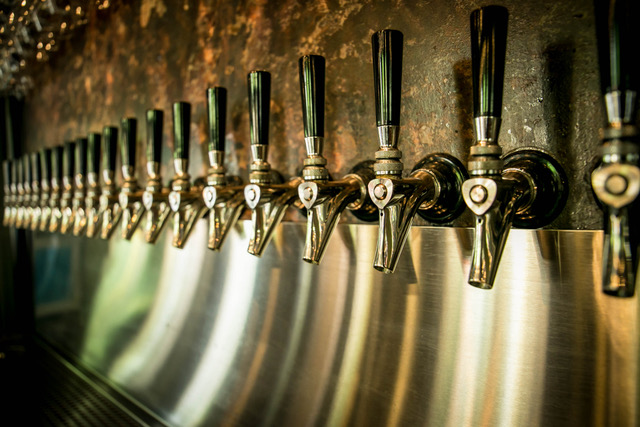 Typically, draft beer has a higher profit margin compared with bottled or canned beer -- draft beer can hit a whopping eighty percent profit margin. But, that’s only if you store the beer properly, use the right glassware, and execute a proper pour.

With that in mind, before we layout the equation to formulate draft beer prices, here are some things to remember:

Draft service means higher overhead costs. You need to account for someone pouring the beer along with installing and maintaining draft lines and other equipment (such as CO2 and nitrogen), spillage, etc.

Draft beer comes in a variety of keg sizes. The standard U.S. keg is the half-barrel, which comes out to around 15.5 gallons, but European imports typically come in at 13.2 gallons.

Prices of kegs differ depending on what beer you’re purchasing, but average prices of craft beer can range from $100 to $200 (and sometimes even higher!). Prices on domestic kegs hover closer to $100.

Craft beer connoisseur that you are, you certainly aren’t pouring everything on draft in a shaker pint. What different size glassware do you have at your disposal? Surely 16-ounce pints, but what about 20-ounce pints? The range of sizes and styles can become dizzying: 10-ounce goblets, 8-ounce half-pints, 5-ounce taster glasses, 13-ounce tulips, half-liter dimpled mugs... the list goes on seemingly forever.

“We have 5-ounce pour, 10-ounce pour, and 16-ounce pour pricing; if everything had its own unique, specific price, it would just be so much,” says Gregg Frazer, Vice President of Hospitality with Stone Brewing. “It’s much nicer and cleaner to have tiered systems.”

For restaurant and bar owners, using price tiers provides some uniformity on the menu, and allows consumers to more easily make a decision, instead of trying to decipher a convoluted mess of sizes, prices, and ABVs.

You probably don’t need to worry about proper branded glassware for every beer you offer (unless you happen to be a beer café in Belgium), but a little variety can be fun for consumers. On the whole, you’ll find that most distributors have glassware available for one-third to one-half of the brands they carry.

How to Determine the Price for Draft Beer

In order to determine a target price for draft product, you need to figure out what it costs you to pour that beer.

Your post cost can be expressed as: what it costs you to make the drink divided by the sale price.

Typically, you want the pour cost for your draft beer to hit twenty percent.

So, if you’re looking to price your draft beer, here’s how to do it:

However, know that this specific example assumes a full 124 pints in a keg, which you certainly won’t get once you factor in over pouring, spillage, the occasional free drink, and the different size glasses you use to serve your beer.

How to Price On-Premise Beer Bottles and Cans

Although it’s generally more expensive per ounce to purchase than draft product, bottled and canned items can be easier to price because you have less spillage, as well as standard serving sizes.

At a bar, restaurant, or establishment selling beer bottles and cans for on-premise consumption, you will also typically price your package products based on your pour cost.

A twenty to twenty-five percent pour cost is standard here.

So, if you’re looking to price your on-premise bottled or canned beer, here’s how to do it:

For example, let’s say you buy a case of Sierra Nevada Pale Ale for $50.

In this example that’s your standard price for a bottle of Sierra Nevada Pale Ale.

As the price climbs, you need to keep in mind what people are willing to spend, as there is a general prejudice against consuming bottles and cans versus draft beer. Using a higher pour cost for bottles and cans will be more appealing to consumers, but it will lower your profits. This is one reason we tend to see restaurant bottle and can selections that seem to be less than adventurous.

How to Price Off-Premise Beer Bottles and Cans 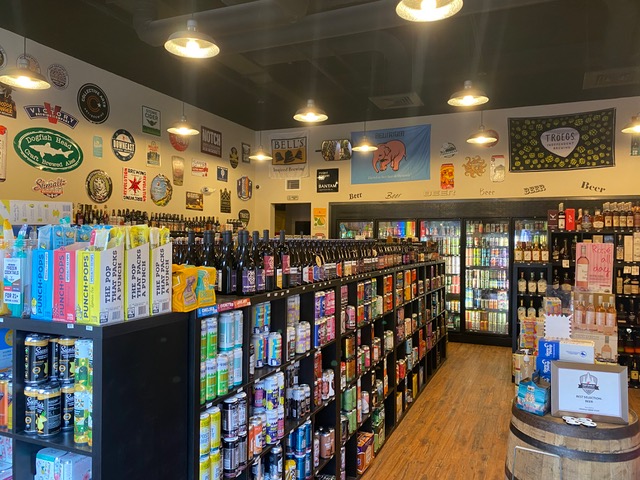 While pricing on-premise locations such as restaurants price beer based on pour cost for off-premise retail stores such as bottleshops prices are typically based on markups.

Most beer distributors recommend a standard markup around thirty percent for retail sales, although it’s perfectly normal to see a slightly higher standard markup between thirty and forty percent, especially for rare or specialty products.

Let’s break it down a bit.

Say again that you pay $50 for a case of local craft beer in four-packs. If you divide the total case price by six (there are six four-packs in a case) and multiply by 1.3 (your thirty percent markup), you end up with a four-pack price of $10.83; standard rounding takes the price up to $10.99. So, if you want a thirty percent markup on that four pack, you’d want to sell it for around $10.99. To see different sale prices, change your multiplier.

Overall, here is the equation for pricing packaged product:

(Total case price ÷ number of packs in the case) x your desired markup (ex. 1.3 for a thirty percent markup)

Changing the numbers to accommodate different package sizes is pretty simple: if the case is comprised of six-packs, just divide the total case price by four (since there are four six-packs in a case) and multiply by your 1.3 markup (or 1.35 or 1.4, if you want to do thirty-five percent or forty percent, respectively). The same principle applies to six- or twelve-item cases, such as 750 milliliter bottles.

Phil DiCarlo, proprietor of the highly regarded Fenway Beer Shop in Boston, Massachusetts, has beer pricing down to a science. The store sells four- and six-packs, along with single items out of said formats, as well as 12-packs, macro beers, wine, and spirits.

Regarding single-item pricing, DiCarlo says “maintaining single inventory has additional costs such as store maintenance of singles, higher breakage, cost of carriers.” So it only makes sense that a store would charge more for single item pricing. 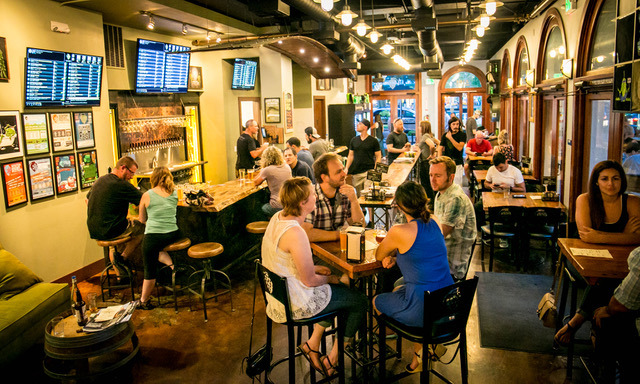 While draft is cheaper per ounce for the store, the higher profit margin means that consumers are paying more per ounce. Because of this, many bar/bottleshop hybrids elect to charge a corkage fee on bottles and cans. Since bottles and cans are cheaper per ounce for consumers, the store needs to make sure they aren’t pouring bottles of beer at the expense of letting kegs sit idle and potentially going out of code.

At The Hop Grenade in Concord, California, owner Kevin Callahan says they charge a corkage fee for this very reason.

Other Factors that Could Affect Your Beer Pricing 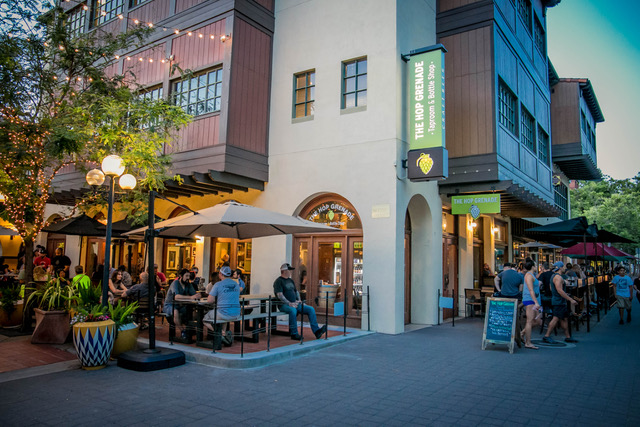 Now that you have the pricing plan that best fits your establishment, you can tweak prices based on three more factors:

Selling beer at a high profit margin sounds great, but you need to keep in mind your competition. If you sell a local double IPA for $9 per pint and customers are lining up around the block, fantastic! But what if the bar down the street is selling it for $7.50? Your customers may quickly head out the door, possibly forever. Having the goods is great, but if you can’t stay competitive in the marketplace, you won’t be able to keep the doors open for long.

Part of this “competition” may well be the brewery whose product you’re selling. With a craft brewery on just about every corner these days, you should keep their pricing in mind, as well. If you’re located a mile away (or often, even closer), you don’t want to undercut them or they just might stop selling their beer to you. On the flip side, you don’t want to be known as the location where everything costs more.

Certain beers, whether on draft or in bottles or cans, will simply attract more attention because of what they are, who produced them, and how extremely limited they may be, both in availability and distribution footprint (see: Russian River Brewing’s Pliny the Younger). Some beers are only available once a year; some are simply legendary (Maine Beer Company’s Lunch comes to mind); some beers are rarely available in certain markets.

It can be awfully tempting to ratchet up the prices on products like these, especially if the supply is limited and the demand is overwhelming. This decision is entirely up to the businessperson, but know that there are plenty of breweries that don’t look kindly upon businesses that participate in price-gouging practices; neither does the average consumer. After all, craft beer is supposed to be inclusive, not exclusive.

Unless you run the most efficient business in the world, your distributors never drop off any beer close to going out of code, and everything in your inventory moves quickly, you will occasionally end up with a product that just doesn’t seem to sell.

One solution to this problem is the brewery or distributor rep buying back that beer, but that’s incredibly rare; don’t hold your breath. Another is to run discounts to free up shelf space and recoup some of the cost of the product. Discounting is not ideal, especially for seasonal products. Nobody wants to buy a six pack of winter warmer in July.

At the end of the day, discounting should be a last resort, and the best solution is utilizing an inventory tracking program and staying on top of your product’s freshness.

When planning out your beer pricing schedule, just keep in mind the above issues, and also remember: people love beer! As long as consumers feel they are getting their money’s worth and feel comfortable in your establishment, you’re on the right track.

Post by Tom Lyon
August 10, 2021
Quick to fall in love with craft beer after that fateful first sip, Tom has been working in the industry since 2016. While moonlighting as a bartender, copywriter, and editor, Tom came to realize that the best conversations are had over a pint, and that beer can truly bring people of all backgrounds together. In 2019, he started looking for a way to get more deeply involved with craft beer. With an emphasis on diversity, equity, and inclusion, he wants to tell the stories you haven’t heard, and in late 2019 the beertruth podcast was born.  When he’s not drinking beer in the name of research, Tom can be found searching out his next great conversation.

Small businesses are more than an important driver of our economy, they are part of the fabric of a neighborhood, of ...

Whether your brewery is up and running or you’re just in the process of getting your name out there, it’s understood that ...