Untappd’s Analytics gives you unlimited access to a wealth of data on the world’s largest social networking platform for craft beer drinkers.

For instance, are you interested in learning what beers Untappd drinkers are consuming in Portland, OR, Untappd’s second most checked-in city of 2021? We can show you.

With over 9 million registered users, Untappd can easily tap into the trends and insights of drinkers in your city, state, region, and beyond.

Understanding the buying behaviors of your target consumers can help you make important business decisions. Everything from what beers to brew next to what styles to stock on your shelves to what to keep flowing on draft.

Learn what craft beer consumers are drinking in your area. Give Untappd for Business a try without talking to anyone—no credit card required.

To show you the power of Untappd’s analytics, we’re breaking down the most checked-in beers in Portland, OR, over the last ninety days.

Portland, Oregon: The Second Most Checked-In City on Untappd in 2021

In 2021, Portland, OR, ranked on the Untappd app as the city with the second most number of venue check-ins at 326k. The third West Coast city to make the top cities list, Portland, OR, has been well regarded as one of the best craft beer capitals in the U.S. Since the 1980s Portland has enjoyed a dynamic craft beer scene, earning the city the nickname "Beervana." With about seventy breweries inside the city, Portland has one of the highest concentrations of craft breweries in the world. Heavyweights like Great Notion Brewing, Breakside Brewery, and Cascade Brewing Barrel House lead the way.

Here’s a peak at what beers people have checked-in the most in Portland, OR, for the last ninety days.

All this data, insights, and analysis is at your fingertips by joining Untappd for Business. Interested in learning more?

Post by Grace Weitz
March 1, 2022
Grace is the Managing Editor for Hop Culture and Untappd. She also organizes and produces the largest weeklong women in craft beer festival in the country, Beers With(out) Beards and the first-ever festival celebrating the colorful, vibrant voices in the queer community in craft beer, Queer Beer. An avid craft beer nerd Grace always found a way to work with beer. After graduating with a journalism degree from Northwestern University, she attended culinary school before working in restaurant management. She moonlighted as a brand ambassador at 3 Sheeps Brewing Co on the weekends before moving into the beer industry full time as an account coordinator at 5 Rabbit Cerveceria. Grace holds her Masters degree in the Food Studies program at NYU. 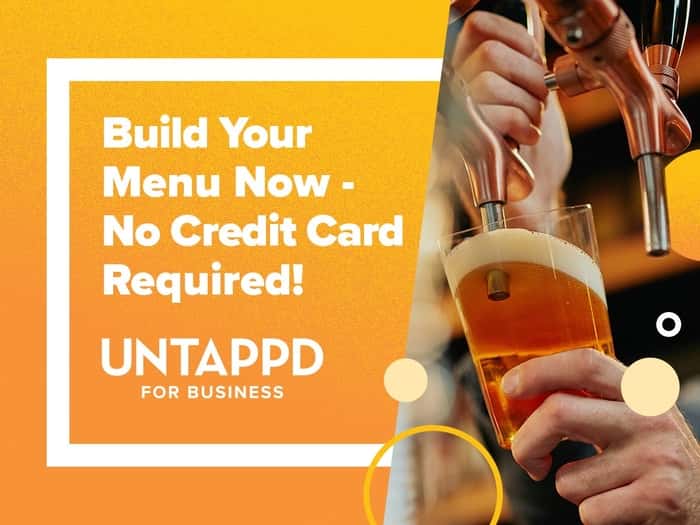 10 Most Popular Beers in Chicago for the Last 90 Days

One of the best advantages of joining Untappd for Business is that it gives you access to a wealth of data on the world’s ...

Attracting consumers to your bar or taproom on busy days like Friday, Saturday, and even Sunday is one thing. But don’t ...

10 Most Popular Beers in London for the Last 90 Days

What would it be like to have unlimited access to data from the 9 million registered users on the world’s largest social ...